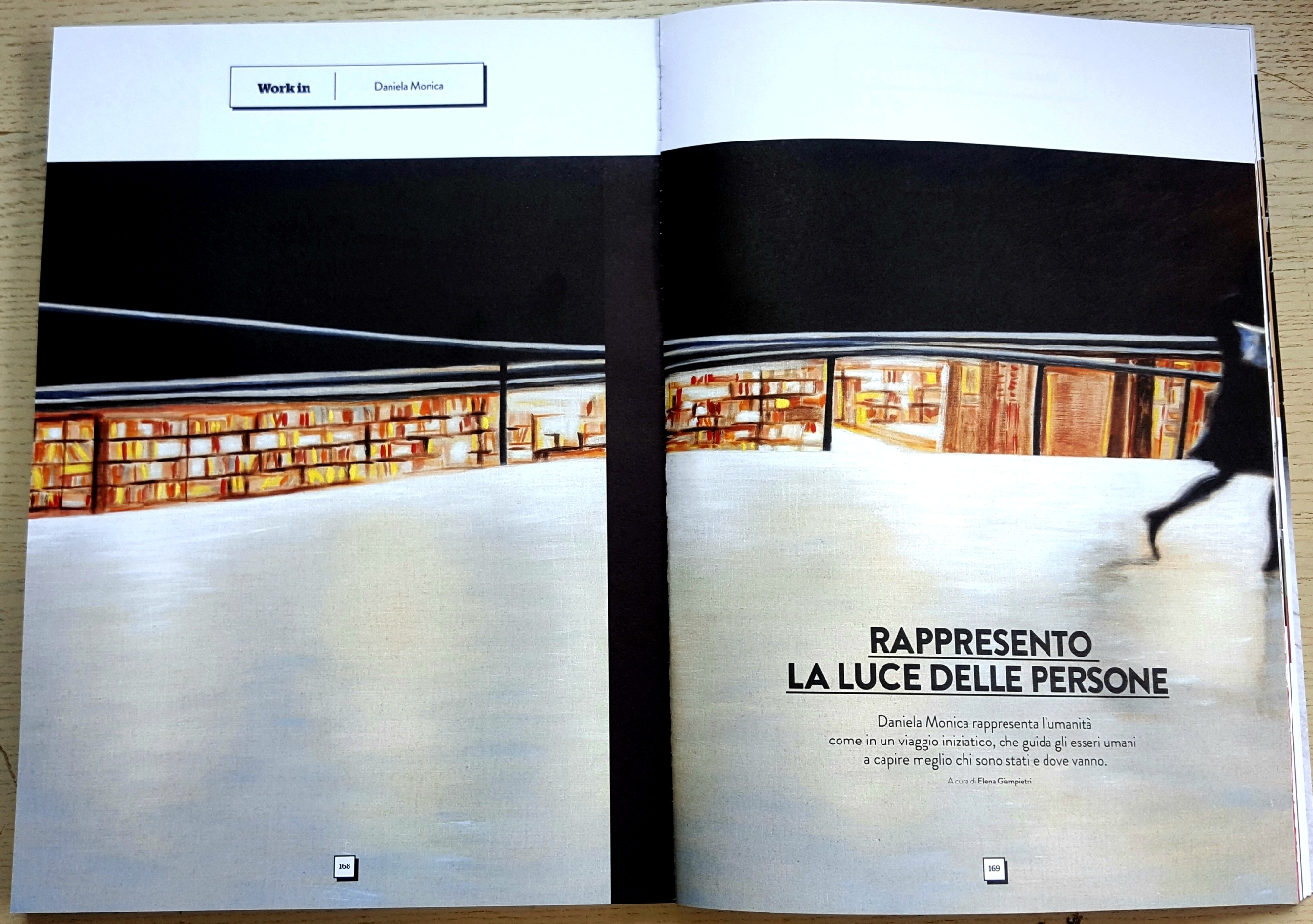 as in an initiatory journey, which guides the

human beings to better understand who they were and where they go.

Your works feature diaphanous, elusive figures, partial images, profile or back views figures. What humanity do you want to outline in this way?

I represent in my painting thinking people. They do not pose or do something, they think and they are in an environment that describes their thought. Caspar David Friedrich represents people seen from behind looking at a valley between mountains or looking at a rising moon among tree branches. These sublime landscapes around them are, for me, their thoughts. In my paintings I don’t find it necessary to describe all details or totality of forms, because in that way it would be an imitation of reality that we see. I prefer to force myself to represent its nature, soul, temper and people inner light. All humanity lives an initiatory journey that leads to a better understanding of who they have been and where they are going to. When they meditate on this they become interesting for me and enlightened from an inner light.

Light is a key element in your work, in fact, often, glare, a beam of light accompany your figures that seem lost and vanish in it. How do you get these effects technically and what is the symbolic value of light in your work?

Technically, my pictorial language tends not to return too much to my initial drawing.

For this reason I use simple pictorial phrases, only enough to recognize a profile of a figure, a look in the inner light and external, physical light.

It can almost be said that I draw oil not paint on canvas and don’t want to add more.

Whoever looks at the painting must ask questions freely, without his attention being diverted from a rhetoric of pictorial language. The light falls on my subjects and describes them and is an essential element in my painting.

Among your upcoming projects, an exhibition with the Botti Zanafredi Architecture Studio at Aventinstrasse 1 in Munich, in a newly renovated space: a former biscuit factory.

Yes, in those places I will exhibit a series of works entitled the Naked Thought – Notebook of Thoughts / Der Nackte Gedanke – Notizbuch der Gedanken, where I intend to refer to the idea of ​​freedom of thought, rational but free as independent and not ideological: painting is the medium, the language with which I ask myself questions about the world.

Naked Thought are large oil paintings, while Notebook of Thoughts are works on paper and arise from random spots of the brush on paper.  While I was unloading the oil paint from the brush, painting the large canvases, I realized that these stains gave birth to tracks similar to flares of unconscious signs. I have therefore recognized them as thoughts and above I have drawn to you portraits of absorbed people. The three-quarter or back portraits reflect the great romantic artist Casper David Friedrich and his figures who observe and reflect before sublime landscapes.

Of your first training and activity period, as a graphic designer and illustrator, what aspects still characterize your current research?

I would say the synthesis, which the graphic work needs. Also the figure of Hiroshige, as well as David Hockney, of whom I saw many works from life when I lived in London.

Except for one phase in London, you remained tied to Parma, your hometown, where you made works in San Giovanni Evangelista, sculptures in various Municipalities of the Province, frescoes in private villas, including the Barilla, and some of your works are in the Collection of the Cariparma Foundation. What does Parma offer you and what, instead, do you have to look for elsewhere?

If I had been Irish or Tuscan I would have returned to Ireland or Tuscany. But on my return to Italy the most welcoming place was the large and bright atelier made available by my father and my brother. From the London period, amoug the most important things I have keep there is the habit, developed there, of returning often to drawing at museums, facilitated by the fact that I was working five hundred meters from the National Gallery. I don’t pose to myself the problem of searching here or elsewhere, but everywhere. All Europeans Museums are very important, because they are a vocabulary of contemporary pictorial language.

Among the prominent figures important in your formation, Concetto Pozzati and Luigi Ghirri: from the first did you draw the taste of color and from the second evanescence? How did the profitable dialogue with them translate?

Concetto Pozzati was my teacher at the Clementina Academy of Fine Art in Bologna and I keep an affectionate and always alive memory of it. His best lessons were a tour of the Art Galleries where he was moved to talk about his favorite painters, friends and fellow artists. From Pozzati I learned the speed of passage from emotion to inspiration and I admired the elegance of his compositions, like the charm of his conceptual titles.

Luigi Ghirri, together with his wife Paola Bergonzoni, welcomed intellectuals such as Giorgio Messori and Gianni Celati in their home in Roncocesi. A series of my landscapes painted in oil on wood were born from attending his home. Ghirri passed on to me the passion for Bob Dylan and the Chambers of Wonders, or Wunderkammer, that is the sense of wonder that all forms of knowledge and art are capable of arousing.

I admired his peaceful and serenely unreal landscapes, in which the author does not place himself with his authority, but rather he goes to the side. His thoughts on the world remain. 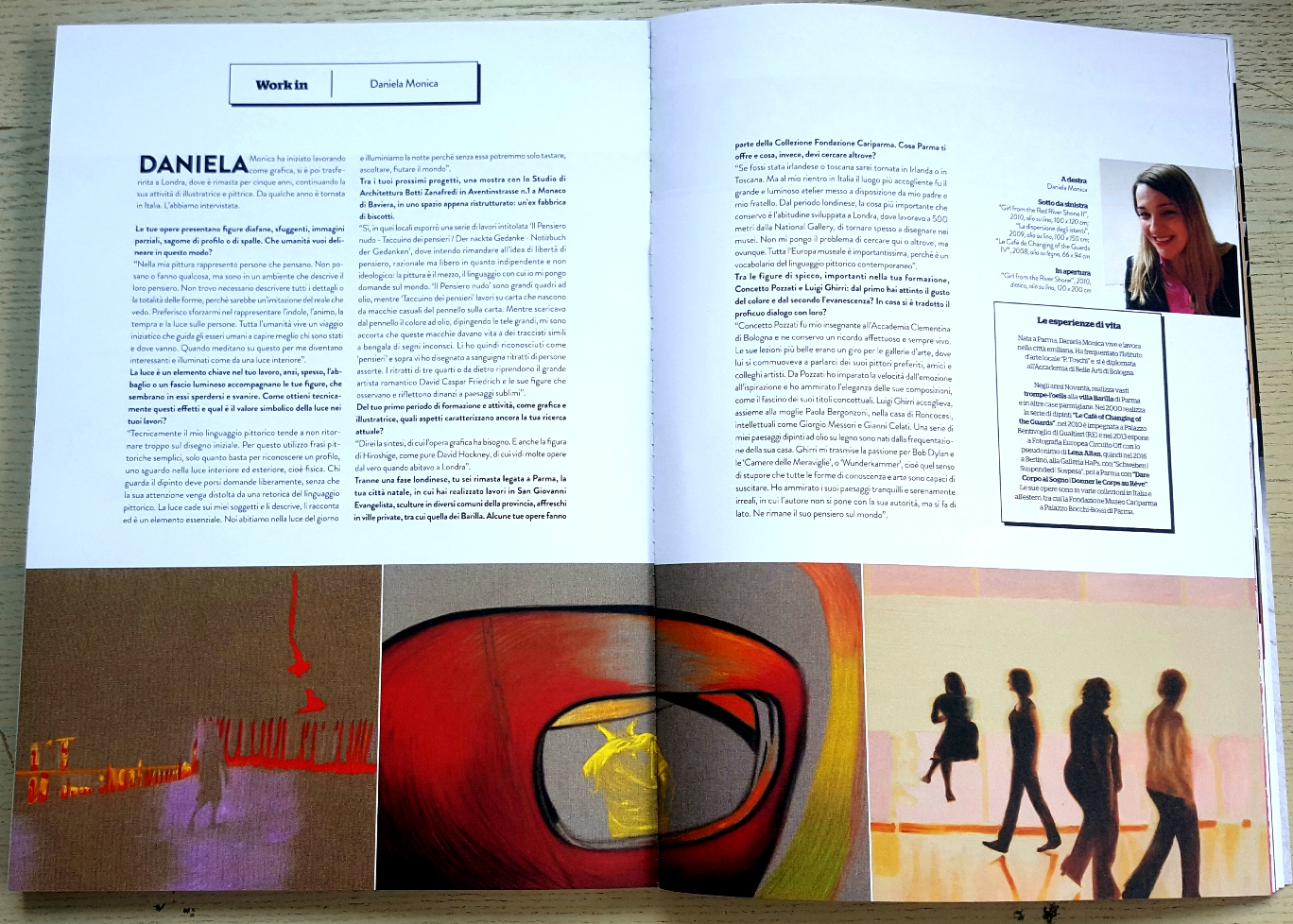 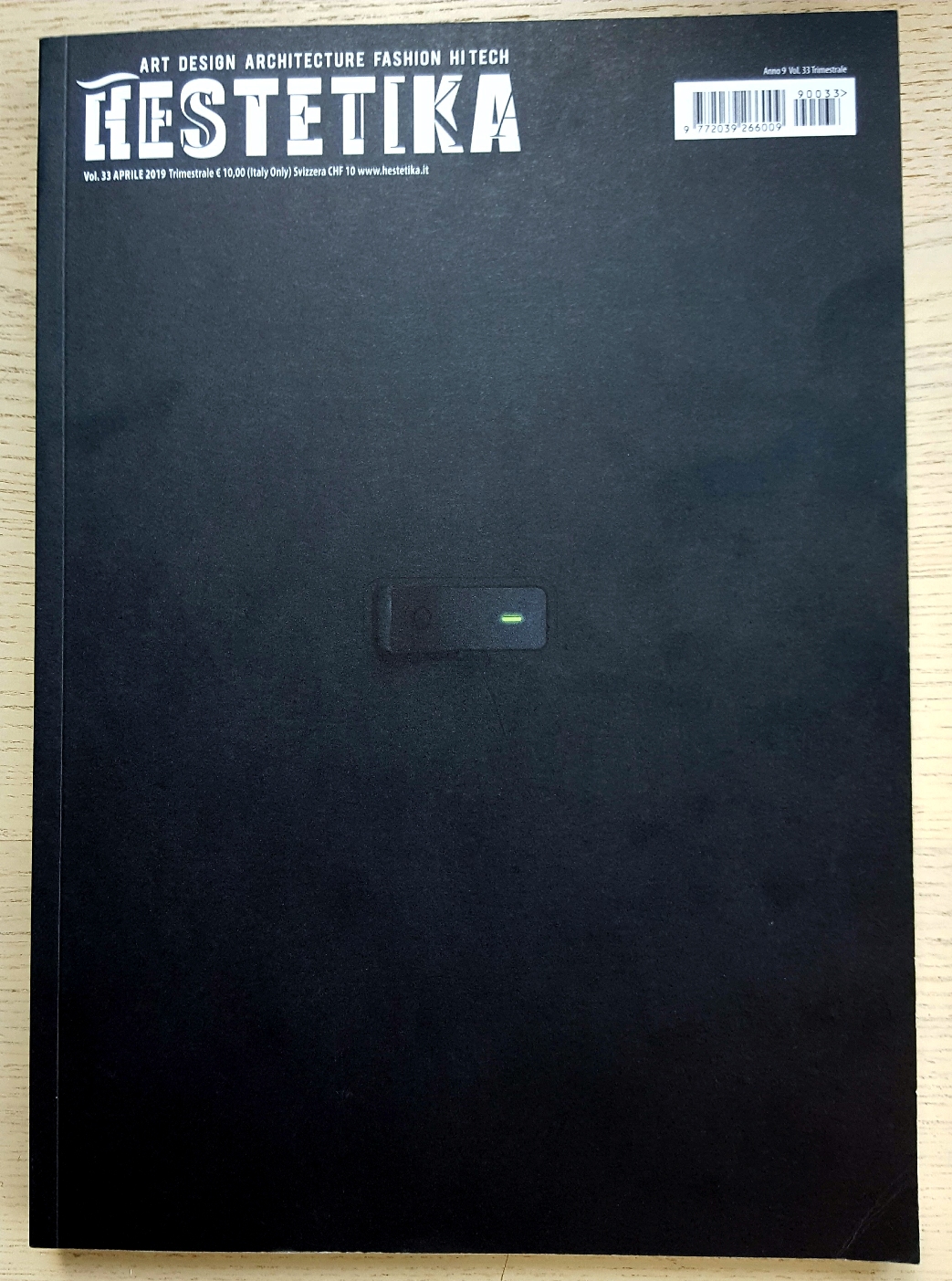